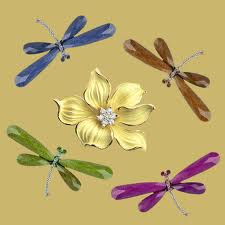 The recent tragic loss of 20 children and 7 adults  at a nearby elementary school in Connecticut has me thinking about the pain of losing loved ones and the process of healing. The following was written back in 2006 after the sudden passing of my father.

The dragonflies swarmed the border where the beach met the jungle. Like the DMZ’s of wars past, this perimeter was a thin line of civilization between two fierce and wild habitats. The pounding of the Pacific surf is almost loud enough to drown out the mysterious hums, cries and howls of the jungle beyond. A few beach chairs and Tico vendors hawking goods from beneath the shade of a Tamarindo tree remind me that Western influences encroach everywhere eventually. This is where I will say my final goodbyes to my father; sitting on the beach in the country of Costa Rica he so loved.

My husband has fallen in love with the warm Pacific waters and their giant waves. My passion is saved for the exotic noises that surround me. Whether it is the crash of the surf or the patter of children speaking Spanish, the noises remind me that I am far from home. My father called Costa Rica his dreamland. Now that I have seen it with my own eyes, I understand. It is not the physical place but the state of mind the area encourages. Tico-Tico land is about having time; time to savor a sunset, a day of reading and reflecting at the beach, or stopping to watch the myriad interactions of nature. That is the dreamland.

Yet it was another hot day long ago on the beautiful shores of South Carolina that comes to mind as I sit on this foreign beach and write. My father and I were both like little children that day; walking excitedly down the long rock jetty using careful precision so as not to slip on the sea splashed rocks. We both took great joy in seeing the various aquatic wonders splashing in small tidal pools between the dark boulders of the pier. Dad carried his cooler of ice and Diet Cokes in one hand and the fishing poles in his other while I hefted the bucket for our expected bounty and the small container of bloodworms. At last we reached the end of the jetty and unloaded our fishing equipment. Dad helped me bait my hook and guided me through the process of surf-casting. With our fishing rods propped in the rocks and our eyes ever watchful for the tell-tale bowing of the poles we sat and drank our ice-cold sodas.

Time and again Dad patiently allowed me to reel in my line knowing that it was more my impatience than any fish on the hook. Eventually, Dad explained to me that I just didn’t have the patience for fishing. I was too much in a hurry to wait for nature to come to me. Apparently there are people who can wait for the world to change and there are those who have to try to change it themselves. Dad could study his surroundings and observe the nuances around him, commenting on what in it was right and wrong. I have to dive in and impulsively seek change.

Ultimately, we found a way to pass the afternoon in companionable activity. I used some extra line and bait to catch the giant blue crabs that scurried amongst the rocks of the jetty and Dad caught two small fish. I’d like to say that I can remember the type of fish he caught that day, but I can’t. Memories of things we once took for granted just don’t work that way. I only know that a father and daughter spent a great afternoon together, doing the same things in a different way, appreciating the beauty of their surroundings and enjoying one another’s company. I do recall the glint in my Dad’s blue eyes as he would fight the giant beast of a fish to shore and say “Hang on Hannah; we’re going through the rhubarb.” Those sort of quaint sayings were a trademark of Dad’s. I do see that same glint in my son’s eyes when he says in his little two-year-old voice, “I got idea.” He then rushes off to engage in one of his brilliant toddler schemes. Perhaps my boy will be able to fish like his grandpa, with patience and enthusiasm.

That long-ago day in South Carolina is far from where I sit now. I am surrounded by jungle mist sitting in view of Costa Rica’s most active volcano. It is raining hard at times with brief respites of hazy sunshine. The howler monkeys sound like large growling dogs lurking in the trees. The volcano rumbles like the hungry belly of some mythological beast. Every plant seems gigantic and green. The leaves nearby are each the size of a beach towel, the cliffs all around have giant drops into the very core of the earth. I feel very much like Alice in my own wonderland, awed by my surroundings but also missing my own home so far away. Through the rabbit hole of this journey I will pop out to reunite with my own child while leaving behind the land of my father’s dreams but that won’t be the end. The dragon flies I see at home will be a reminder to me of the hundreds of dragon flies I saw in Costa Rica while saying my final goodbyes to dad. Each one bringing back another special memory and the reminder that those we lose are with us always.